It was a tough 48-hour period, but the Garmin Connect importer is now fixed. As many of you know, Garmin’s been busy rolling out a lot of changes to their site over the past few weeks. We’ve adapted our code and everything should now be 100%. If you’re still having trouble, shoot us an email and we’ll investigate.

Naturally, we were caught in between working on some existing features and rolling out new ones, while patching the importer. So, we had to wrap things up. And voila! New features.

We’ve added a new trail focused map that includes enhanced elevation and terrain data. If you run a lot of hills or trails this is going to be your new “go to” map. 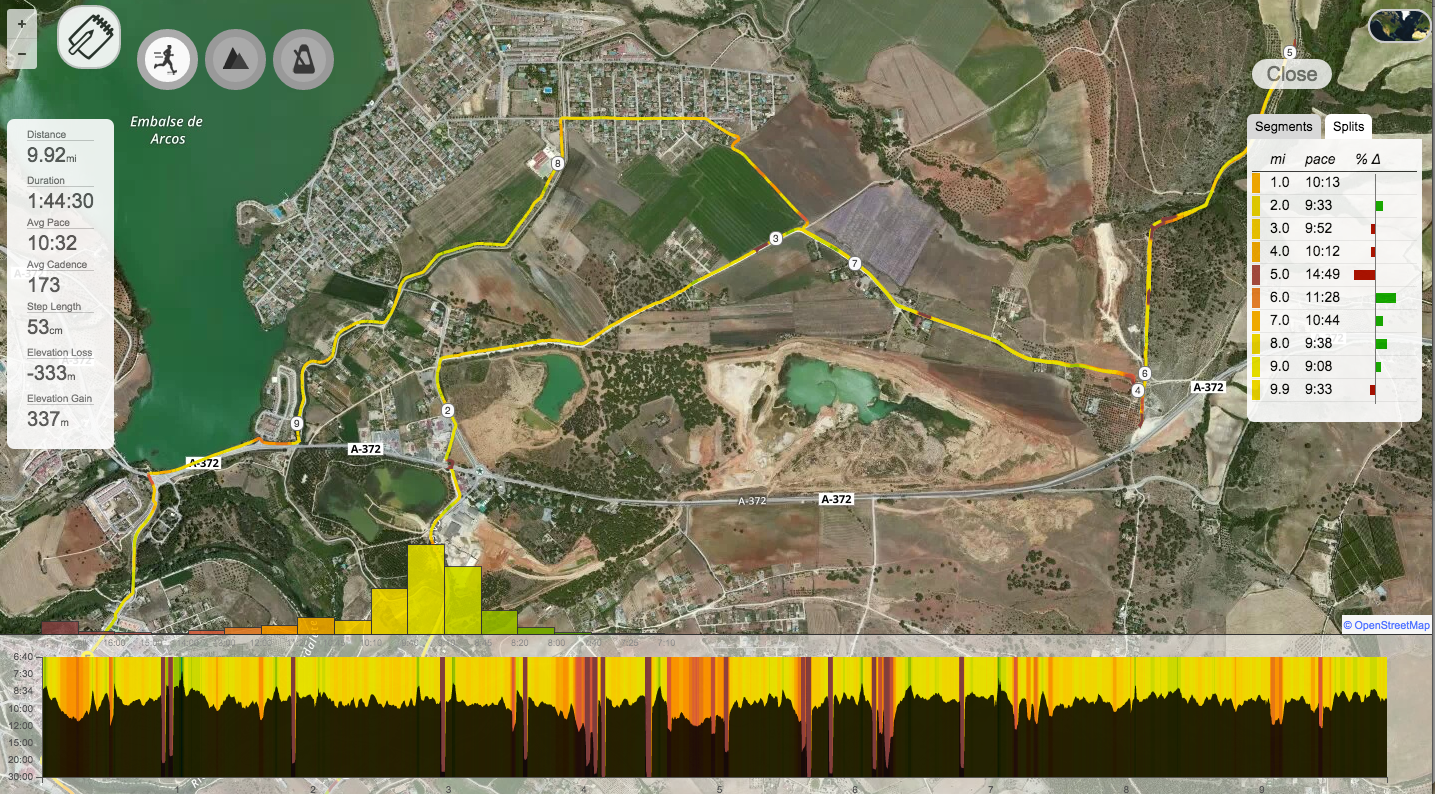 In addition, we added the Satellite map. It was silly not to have it on Smashrun before, especially, considering how useful it is for orienting yourself before and after a run. Besides, it makes the Smashrun Pro map look even better!

You’ll get a guider the next time you click on your route, explaining how it works. Basically, when you open up a route, you can mouse over the globe icon on the top right of your route map to switch styles.

The next step will be unlockable map styles. Maybe even a treasure map, maybe even with hidden badge locations. Maybe.

Interactive Charts and Graphs for Ranks

We are currently in the process of making every single chart on Smashrun interactive. Most of the charts will look pretty much the same, but we’ll be adding additional layers of detail.

We started with the Ranks section, so now you’ll be able to gain some useful insights just by mousing over them… 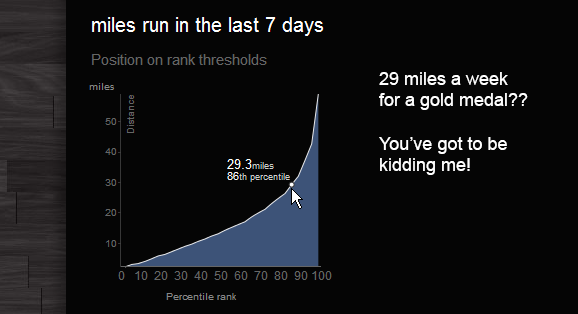 We’ll be working through these interactive charts bit by bit, while all the while doing our best to stay on track with the other features we’re getting ready for Spring. And who knows, it’s even possible that the mythical shoe tracker might make an appearance…of course first we’ll have to dust off our notes from early 2014.

Update (Feb. 15 – 2:36PM GMT+1): It looks like the new Garmin API no longer buckets all run activity types under “Running”. Instead, they’re all getting passed as the specific run activity type. If you get “no new runs found” when trying to sync, it’s because you have a run categorized as Treadmill/ Track/ Trail/ Street Running. You can either change the activity type to just “Running” and they should all import. Or, if you can hold off a bit longer while we prepare the patch, we’ll fix it so that you can import your runs as is!

Update (Feb. 15 – 9:38PM GMT+1): All fixed! Everyone should now be able to import their runs without any problems.

Are the SPEED charts age graded? Else how can a 50 year old be expected to compete with a 20 something?

None of the ranks are currently broken down by demographic (age and/or gender). However, it’s already in development – it requires overhauling the code for the existing ranks so we’re breaking a lot of things in development as we put it together. But it’s in the works.

are you sure the Garmin importer is back on? Just uploaded a run to Garmin Connect and hitting refresh gives me “no new runs found”…

By “refresh”, you mean, clicking the sync icon right? It’s definitely working and we haven’t spotted anything in the error logs yet, but there are a lot of different ways the import can fail. We have to take a look at your account to know what’s causing your run to not show up. Can you shoot us a quick email at hi at smashrun dot com so that it’s at the top of our list tomorrow morning? It’s approaching 1am where we are and, unfortunately, it might be tough to get this fixed tonight.

yes, I mean the sync icon. Sending you an email right now…

Love, the new maps. I didn’t realise how much I’d like the satellite map until I tried it.

My Garmin runs aren’t importing either. I have tried logging out and back in. I can see them on Garmin Connect but they aren’t on the SmashRun site.

Can you also send us an email at hi at smashrun dot com so we know your account? Thanks!

Any plans to add analyse stats by tag? I’d love to be able to compare my tempo runs over the years, for example, and not have my easy runs confuse things.

It’s part of our tentative schedule this year. We’ll try and see if we can loop it into a feature already in development so it doesn’t have to wait until year-end!

Garmin is still not working for me. I’m not able to sync anything into Smashrun

Can you send us an email at hi@smashrun.com with your profile url so we can take a look? There are no longer any known issues with the Garmin sync so, if it’s a new problem, we’d like to sort it out as quickly as possible.