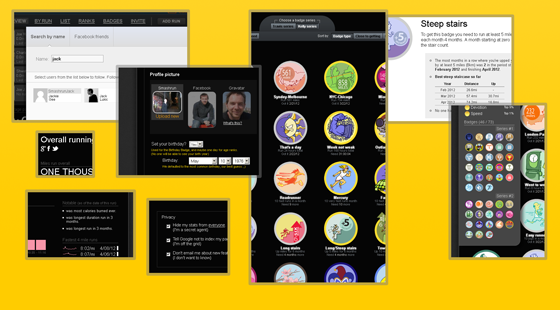 It’s been quite a while since we posted, so thought I thought it’d make sense to update everyone a bit about, what we’ve been working on lately.

Our big focus has been to make the site less Nike-centric, and that’s meant a lot of reworking the data model that everything’s built on. It’s important because it’s the groundwork that will one day soon allow us to import data from everywhere. But at the same time it’s also really, really…dull.

We can see the light out at the end of the tunnel though, and that light is reflecting off dozens of shiny, shimmering little features that with a little bit of luck you should be able to start playing with in the next week or so. And we should be able to take a weekend off to relax for the first time in months.

Keep up the good work guys. I am really looking forward to seeing the updates in the new few weeks. The screenshots above look great!

Keep up the great work – even as is your site is top notch any improvements will just put you even further ahead of the pack.

Looking forward to the updates. Love the site!

Smashrun is top notch! I enjoy breaking down all my run data and the site makes it simple to chart my gains at a glance.

I really hope RunKeeper makes it in as a source of data. Can’t wait to find out!

Fingers crossed for being able to import from Garmin!

We had to do some major restructuring of the backend in preparation for Garmin (and one day import everything from everywhere). This introduced a lot of complexity and potential bugs, so we’re going to put Garmin in the next release which should be much quicker than this nightmare of one.

Jacklyn’s been running with Garmin everyday, Steve’s using the Nike+ sensor and ipod, and I’ve been using the Nike GPS watch (with the firmware upgrade it’s really kind of amazing for $200).

To get the Garmin runs in Smashrun we’ve been using TCX2NikePlus which is a surprisingly decent workaround – as crappy as it is to have to use a workaround.

Great Work. I look forward to the changes. Hopefully a iphone app is also in the future.

Also looking forward to the Garmin import! Rumor’s flying around the internet this morning that Nike+ is about to go down for a while so they can deploy their new site, which would leave us with no way to get our runs over to SR!

How long are we looking at for the update? You guys have some really exciting stuff coming down the pipeline.

We’re on our third week of “definitely this weekend.” {sigh} We restructured the data model, in preparation for accommodating the Garmin import, and so there’s a lot that could go wrong. Not too mention testing all the new badges, and dozens of tiny improvements. The plan is for smaller regular releases from here on out.

There’s 18 bugs in our QA environment. Killed 10 yesterday, if today goes like that then it could be out this weekend….but that’s provided @jcklngrn doesn’t find any more…and that’s a big if.

(Big cup of coffee. Head down. Closing everything but one window. Wish me luck.)

Way to go everyone. I can’t wait to see the new badges. I need an ass slap to get to the next level and getting a new badge would do the trick for this beginning runner.

As always keep up the good work have been waiting for weeks but don’t mind waiting longer. Sounds like Nike’s new website is going up in a few days so hopefully that doesn’t present you with import problems.

I don’t have much faith in the Nike site being that great, it’s taken them years and they still won’t have challenges finished till fall. Might be time to change over to Garmin, so hopefully you can get all the Garmin stuff sorted out in the next few months.